To purchase the AILD-1 and accessories, visit our on-line store.
Useful resources: 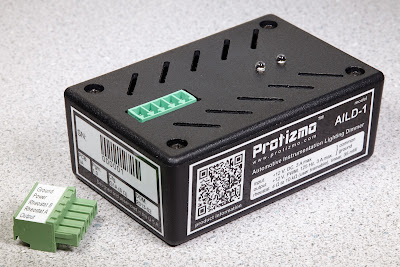 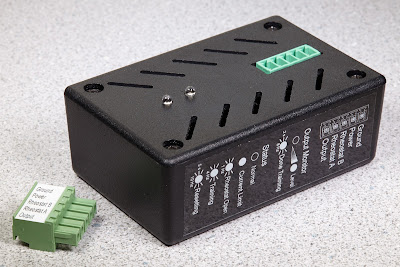 Upgrading instrumentation lighting in your older car from using the original incandescent bulbs to instead using LED-based bulbs is becoming increasingly popular for a number of reasons, among them:

LEDs, however, are not so simply controlled; their illumination level does not respond linearly with voltage, and various LEDs generally have different responses to changes in voltage, and these responses are very different than those exhibited by incandescent bulbs. The dimming solution used for LEDs (also compatible with incandescent bulbs) is pulse-width modulation (PWM).

So... the problem is that we'd like to preserve the functionality of our existing dimmer control—the exact rheostat already present in our car—but somehow adapt it so that it is providing a PWM-based signal to the instrumentation lighting rather than the original simple voltage level.

If you've discovered this page, you may very well have been on the hunt for products that solve the problem described above. You have likely discovered the following:

The AILD-1 was designed from the ground up to solve exactly the problems described in the previous sections, along with some other problems present in the automotive environment.

This diagram shows as an example that the AILD-1 allows mixing LED-based bulbs (the first two example lamps) with incandescent bulbs (the last lamp shown). While it is often desirable to use LED-based lamps everywhere, sometimes it's not practical.

(Also note that in this diagram, the current limiting resistors that are actually integrated into typical LED-based lamp assemblies are omitted to keep the diagram simple.)

The AILD-1 was originally developed and marketed for 1970s-1990s Porsche applications, which used a single-function instrumentation lighting dimmer rheostat. As word spread about the AILD-1, it began being used in other applications. The key requirement for the AILD-1 is that the dimmer rheostat must be isolated from all other circuitry before being connected to the AILD-1. This can be problematic in some applications where the dimmer rheostat is part of an integrated headlight switch/instrumentation dimmer assembly where the rheostat is connected to another circuit inside the integrated assembly. The most common problematic case is that the "output" of the headlight/parking light switch is internally connected to one side of the rheostat. If that is the case, you must find a way to break that connection. The rheostat must be isolated, and you must wire the AILD-1 to each of the rheostat's "ends" (one for an end of the resistance coil and one for the wiper). Again, neither of those rheostat "ends" can be connected to anything else other than the AILD-1's Rheostat A and Rheostat B terminals.

Rheostat A and B must NEVER be connected to anything other than the rheostat! Make sure that the rheostat is isolated and neither if its terminals is EVER connected to +12 V, or damage to the AILD-1 will likely result.

To purchase the AILD-1 and accessories, visit our on-line store.